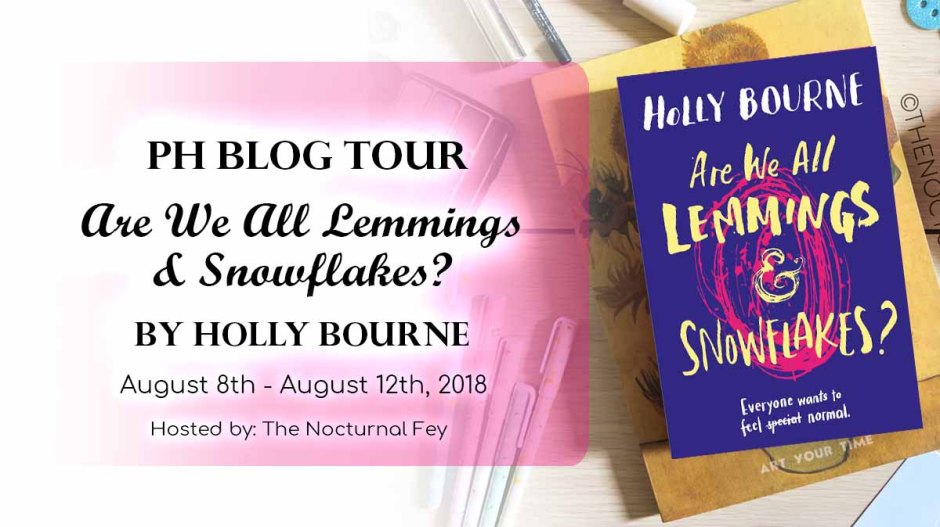 That was essentially my reaction once I learned that Holly Bourne has a new book coming out this year. Basically, any opportunity for me to read her books will not pass by. So when Erika at The Nocturnal Fey once again hosted a tour for Holly’s new release, my hands went all ninja for the sign-up form. Since I started this blog, I have been a fan of Holly Bourne. But long story short: I love Holly and her writing style. I’m pretty sure I can read her new book in one sitting. (Spoiler alert: I didn’t but in a good way.)

Title: Are We All Lemmings and Snowflakes?

Are We All Lemmings & Snowflakes is also available at National Bookstore branches nationwide for PH readers!

Welcome to Camp Reset, a summer camp with a difference. A place offering a shot at “normality” for Olive, a girl on the edge, and for the new friends she never expected to make – who each have their own reasons for being there. Luckily Olive has a plan to solve all their problems. But how do you fix the world when you can’t fix yourself?

My initial reaction after finishing this book goes like this, “Well, aren’t you just a peach?” (Pun intended because the copies for the tour were pink *laughs*) With that in mind,  I cannot help but compare it to her past work. Although Are We All Lemmings & Snowflakes is hard-hitting as well, there’s something different about it. The overall tone and the character development is something to point out on. It was also realistically blunt.

Speaking as a Holly Bourne fan, I’m not going to lie when I say that I had some pretty high expectations for this book. But of course I still had to read it and not just give the 5-star bomb right then and there. Then I met the main character Olive and the circumstances that went with her story. Let’a start with the premise.

Olive has been chosen to go to Camp Reset, since she has been dealing with mental health issues that she chose not to exactly know to avoid labeling herself. In Camp Reset, she goes through various sessions that help her realize thoughts and actions that would not only affect her, but everyone else. Hence the birth of the slogan ‘ #Kindness is contagious‘. What I loved about this book is that it was emotionally blunt and raw, each page bursting with emotions and thoughts that work like the human mind. It’s like the manifestation of a soliloquy in one’s head. The realness and the way the book is presented is also reflected in on Olive. She’s flawed, and she admits that going a few pages in. Not many people like her, especially girls her age. She is fully aware of what she is. As a reader, I found this complexity and honesty in her character frustrating at times. But it is also what made me (and maybe other readers as well) keep on reading. It’s her journey in camp and her interaction with the others that made this book a good read.

With that said, I love the friendship dynamic that grew into this story. It was the support and the kindness that really stuck with me. While the other campers were also great, I really loved the development of the characters of Lewis and Sophie in particular. I love the way they brought out a particular side of Olive’s character, and the way they grew in story. It made me want to cheer for them and hope for all the best.

However, what shined in this book the best is Holly Bourne’s magnetic and brutally honest writing style. The punches were real, and the book managed to encapsulate such strong feelings in almost 400 pages. It didn’t feel like it had that intimidating number of pages because quite frankly, I wanted to read more. There was this little voice in the back of head wanting to read more about Olive and Camp Reset. All of the hard-hitting notes were needed to be said. I also admire the way this book explained how a certain type of disorder was like. The way it was thoroughly expounded made me grasp the context of it and how a person going through that disorder feels. Holly Bourne made me understand the “highs” and the “lows” and for that, I am thankful that this books exists.

For me, Are We All Lemmings & Snowflakes is a very important book to read. Mental health matters as much as our physical health, and Holly’s book reiterates that in all of its 400-paged glory. It’s not perfect, but the message it wants to convey is something we have to keep in mind and do our best to manifest in our daily lives. 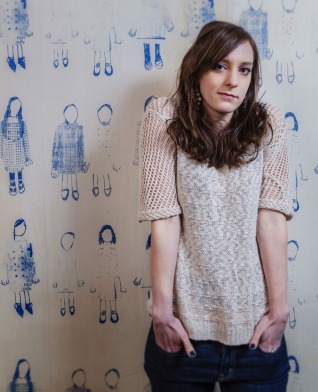 Holly Bourne writes YA novels and blogs about feminist issues. Her favourite things to complain loudly about are: the stigma of mental health, women’s rights, and the under-appreciation of Keanu Reeves’ acting ability.

Holly’s first two books, Soulmates and The Manifesto on How to be Interesting, have been critically acclaimed and translated into six languages. The first book in the ‘Normal’ series, Am I Normal Yet?, has been chosen as a World Book Night book for 2016 and has inspired the formation of Spinster Clubs around the country.

Before becoming a full-time author, Holly was editor and relationship advisor for a charity website.

And we’re kicking off the 11 Days of Kindness Challenge! Your challenge for today is…what kind things would you say to your younger self? What did they need to hear? Share your note with us, because #kindnessiscontagious and we want to spread it far and wide pic.twitter.com/Qx1xz45uH3

As today is the release day of Are We All Lemmings and Snowflakes, I decided to participate in today’s prompt of 11 Days of Kindness Challenge. Here’s what I want to say to my 3rd year in college self, because she might have badly needed this then. Keep rendering those scenes!

One lucky PH reader has the chance to win a copy of Are We All Lemmings & Snowflakes. Click the giveaway icon or be redirected here.

Thank you so much to Erika from The Nocturnal Fey for letting me join this lovely tour. Your kindness has reached a lot of people, me included. ❤ Thank you to Usborne Publishing as well for sending review copies our way. Follow the rest of the tour here (will be linking their respective reviews soon):

Have you read Holly’s newest release? Do you also believe that kindness is contagious?

16 thoughts on “PH Blog Tour: Are We All Lemmings & Snowflakes? (+ Giveaway)”