That was basically my first instinct. I did not even read the rest of the synopsis and read it as soon as possible. I don’t know. I mean, the cover is really pretty, and it kinda sums up the book in a lot of ways. I have been wanting to read a really good book written in a diary format so maybe, please let this be the one for me. 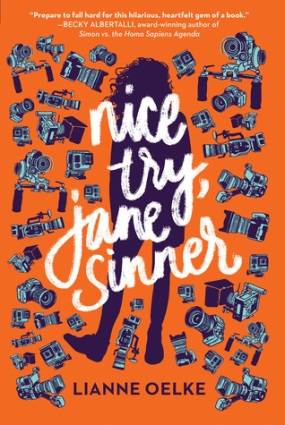 Buy it on: Amazon-US| Book Depository

The only thing 17-year-old Jane Sinner hates more than failure is pity. After a personal crisis and her subsequent expulsion from high school, she’s going nowhere fast. Jane’s well-meaning parents push her to attend a high school completion program at the nearby Elbow River Community College, and she agrees, on one condition: she gets to move out.

Jane tackles her housing problem by signing up for House of Orange, a student-run reality show that is basically Big Brother, but for Elbow River Students. Living away from home, the chance to win a car (used, but whatever), and a campus full of people who don’t know what she did in high school… what more could she want? Okay, maybe a family that understands why she’d rather turn to Freud than Jesus to make sense of her life, but she’ll settle for fifteen minutes in the proverbial spotlight.

As House of Orange grows from a low-budget web series to a local TV show with fans and shoddy T-shirts, Jane finally has the chance to let her cynical, competitive nature thrive. She’ll use her growing fan base, and whatever Intro to Psychology can teach her, to prove to the world—or at least viewers of substandard TV—that she has what it takes to win.

Ah yay holy guacamole this book is awesome. Jane is awesome. House of Orange is awesome. Setting it in college is awesome. In short, Jane Sinner is AWESOME. What’s not to like about this book? Well, if I have to be honest, it will depend on you – the reader – whether you click with Jane or not. Know this though: she grows on you.

Now before you get into this book, I should tell you that if you are triggered by the topic of depression and suicide, please reconsider before reading.

Simply put, I loved this character-driven story because of so many reasons. The cool diary-like format, the witty banter and dialogue, the college setting, and the guilty pleasure of reading about reality shows. But the center of those reasons all come back to the main lead: Jane (freakin) Sinner.

Her character development was spot on, but right from the start, Jane Sinner has a way of getting into your head immediately. With her magnetic sarcastic voice, it was easy to resonate with her. She was a spunky lady who set her goals with the second chance she was given. You can easily tell that you like a certain book if you don’t tire from reading in a certain perspective. Jane’s voice developed along with the story, but it retained that tone of defiance accompanied with a fighting spirit. For me personally, Jane’s sarcasm spoke to me naturally. It’s that inner teenager voice that we all had once, at the time where we wanted to do certain things independently while carrying doubts behind our backs. Sometimes, it comes on too strong. But honestly, the truth punches are better than the half-punches. I guess it also helped that it was easy to grasp Jane because of the unique dialogue format of the book. It’s written like a script; it can take a while to get used to it, but the flow of the conversations are easier to follow. It’s quicker and I find it refreshing to read especially if the banter is at a fast pace.

What I also loved about this book are the parts where Jane questions her beliefs. Personally, it made me feel that I was not alone in sharing the same questions. Don’t get me wrong though, I still believe in the same faith that I was raised in, but sometimes I ask questions about the mold that they want to fit me in. For me, it was a part that made this book real for me. It also got me thinking, and it made me feel represented aside from her sarcasm and sometimes “don’t think, just act” moments.

The story was mildly chaotic, it being in a reality show setting. Interesting enough, the House of Orange is still tame compared to majority of the TV shows that I have heard of. It is like the premise of Big Brother, but with HOO being less creepy. The unique thing about it is that while they all live in the same roof, they still have the liberty to roam around. Through Jane’s eyes, I was able to learn to live and love the rest of the cast. I find Mark, Chantel, and Robbie magnetic and equally entertaining. With Alexander Park (the creator of HOO) in the mix, you can anticipate hilarious antics from each task that they have to do. Since it’s a lowkey reality show, be ready for what they have to do to win a particular task. Trust me, it’s pure gold.

Random piece of advice: Don’t let 2018 pass without you reading this book. For me, it’s special and it easily latched to me. I hope it will be the same for you, albeit you’ll probably have a different reading experience. Nice Try, Jane Sinner is not only entertaining, but it delivers a beautiful coming-of-age story of finding oneself through taking risks and doing things that float your boat. A must-read for anyone who has had anyone doubt their future and has doubted their own self-worth. Let’s all prove them wrong and stand up strong.

Now, since I loved Jane Sinner too much, I decided to make a playlist of all the songs that I love and listened to gloriously these past few days. Some of the songs I imagine playing while they do something fun during an episode of House of Orange, while some of the songs I find perfect for the moment where Jane has her moments of soliloquy. Hope you enjoy listening! 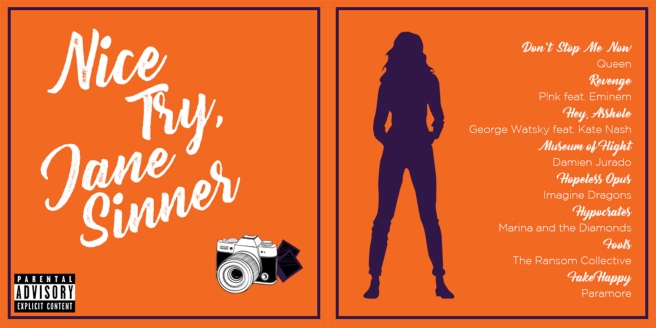 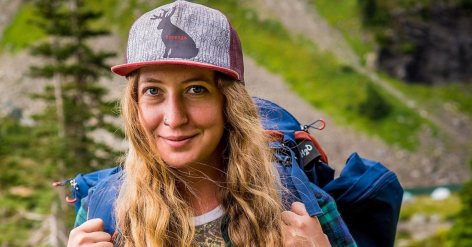 Lianne Oelke holds a degree in philosophy and works in the film industry. She resides in Vancouver, and Nice Try, Jane Sinner is her first book. 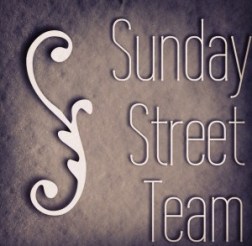 Forever thanking the Sunday Street Team and HMH Teen for giving me the chance to review this book, making sure that my 2017 ended with a bang. The review is from my personal perspective and opinion, and it does not reflect that of the tour host.

What are your favorite releases of 2018 so far? 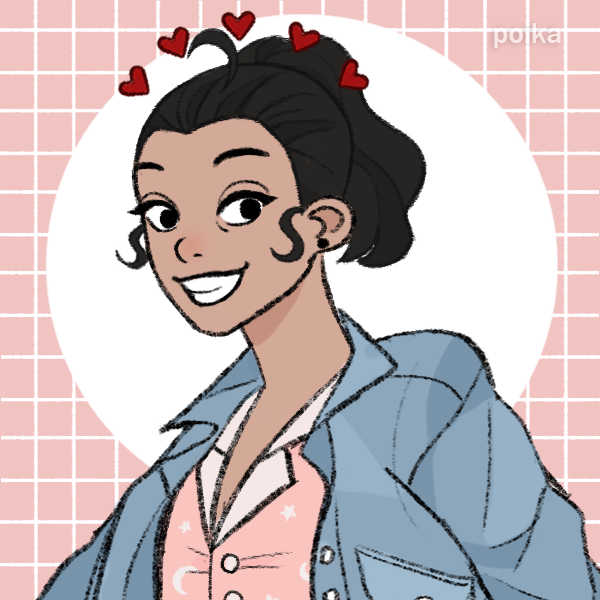